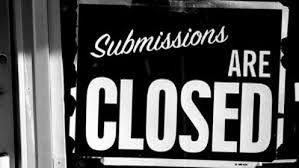 In July 2017 the City of Hobart undertook a review of five of its six by-laws, which are due to expire between August and October 2018.

As part of this review, the Council resolved to undertake public consultation regarding the content of the following draft by-laws - Public Spaces, Infrastructure, Car Parks, Environmental Health and Waste Management.

A number of submissions were received in response to consultation opportunity.

Suggestions resulted in some amendments to the draft by-laws, which were reconsidered by the Council on Monday, 18 September. The Council unanimously resolved to ‘make the by-laws’, as required under the Local Government Act 1993.

The by-laws, and their respective Regulatory Impact Statements, were forwarded to the Director of Local Government in early October, for his consideration and certification of approval.

The Director of Local Government has provided certification in relation to three by-laws which are now the subject of public advertising.

We are still working through with the Director of Local Government in order to obtain certification of the remaining reviewed by-laws.

Given the stages still to be undertaken, it is anticipated that the entire by-law review and development process will be completed by mid-2018.