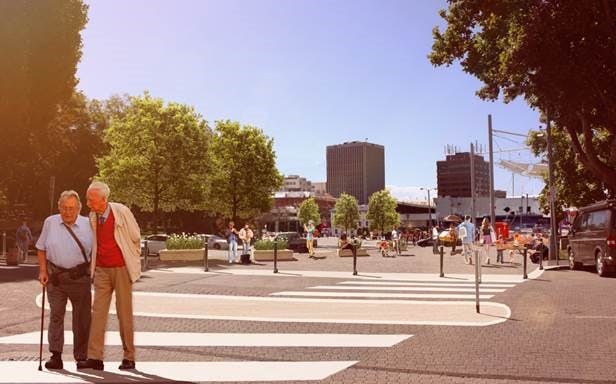 As a part of its commitment to improve public spaces in the centre of Hobart, the Hobart City Council has in 2016 and 2017 rebuilt and widened the footpaths and spaces on Morrison Street and on the southern side of Salamanca Place (between Gladstone Street and Montpelier Retreat).

A concept plan has been prepared for a $3.5 million project to improve safety and provide a more enjoyable experience for pedestrians moving through the Salamanca Place area.

The next part of these planned works focuses on improving the pedestrian connections between Salamanca Place and the Hobart CBD, and the upgrading of the public spaces in the Salamanca Lawns themselves.

The main ongoing concerns that are hoped to be addressed by the planned project are:

The final report was presented and approved by the Council at its meeting held on 9th July 2018, prior being presented to the City Infrastructure Committee meeting on 20th June 2018.

If you wish to read the report, it can be viewed via the link below (Item 6.3).